The purpose of the Cooperative
The purpose of “Βίος Coop” is the creation of a cooperative super market with high-quality and affordable products which will primarily come from agricultural cooperatives but also from independent producers. The quality is ensured by the selection of primarily pesticide-free and the exclusion of genetically modified products. Thus, we hope to strengthen the long-term production of organic products. The low price will be guaranteed by bypassing intermediaries - the products on the shelves are coming from the direct relations and collaboration with producers. The above two goals in combination with the ‘cooperative’ as well as the ‘non-profit’ nature of the super market which will be entirely owned by its members, render “Βίος Coop” a promising and extremely important new venture. Taking control of our food which has deteriorated in quality for the sake of profit is one of the first steps that need to be taken by truly active citizens. 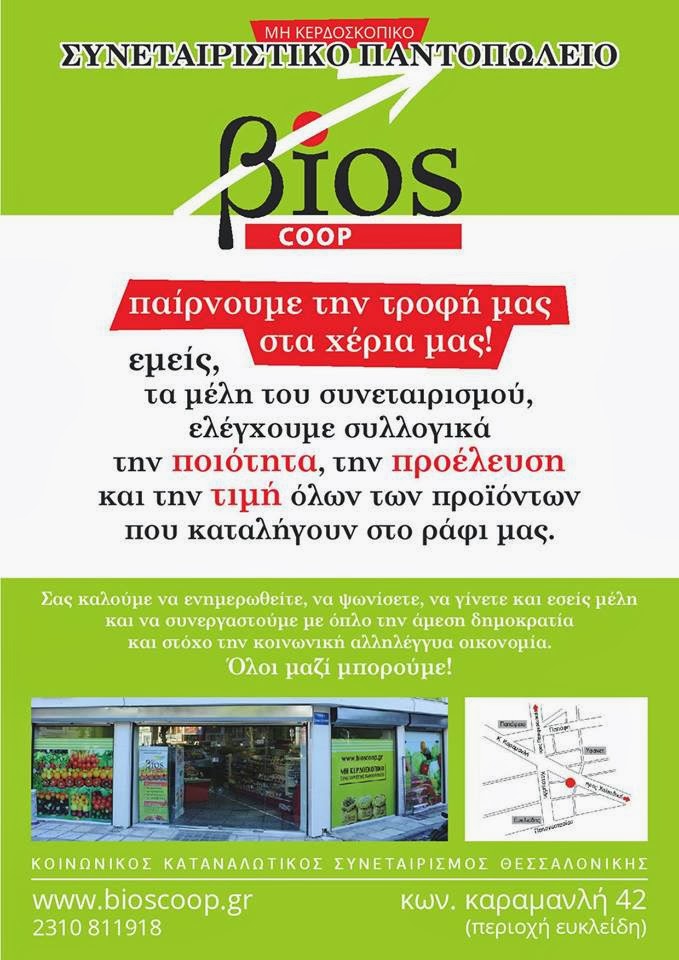 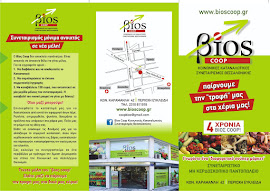 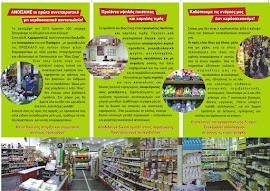 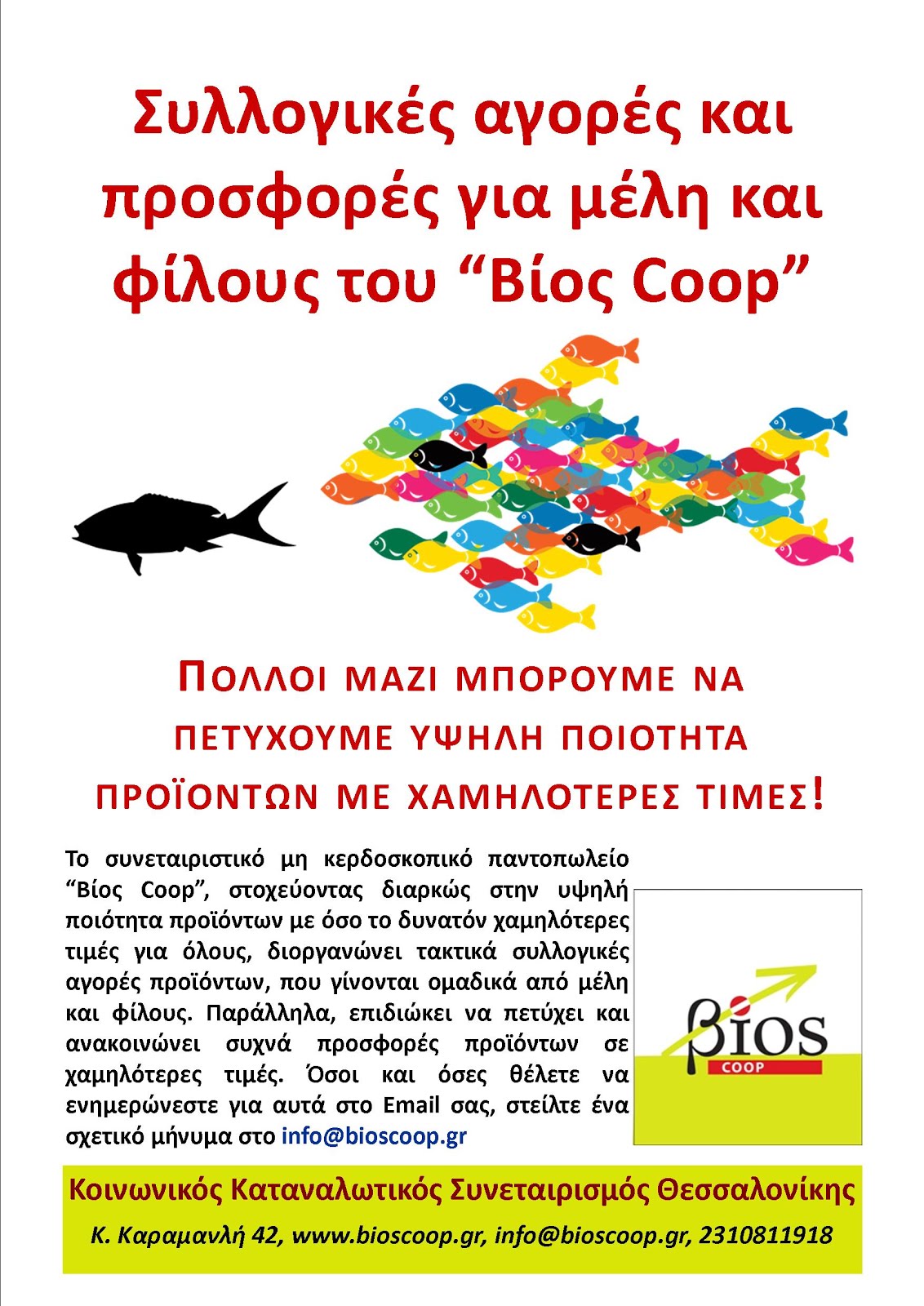 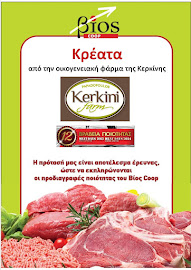 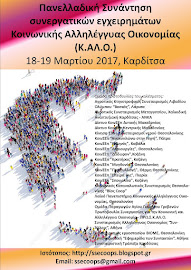